1: Telling rather than showing

“Emily sat at her desk worrying that she would not pass tomorrow’s test”.

“As she read her notes, Emily shuffled around in her chair, her breath occasionally catching in her throat.”

The first sentence straight-up tells the reader what Emily is feeling. It leaves nothing open to interpretation and does not allow the reader to form their own view of the character.

Out of all the English creative writing mistakes I see, failing to build multi-dimensional characters is one of the most common.

When students first start doing creative writing, many create one-dimensional ‘superhero’ protagonists. These protagonists are often wholly good and only have one ‘element’: one goal, one character trait, one passion, and so on. This makes for a fairly boring main character!

Instead, try to create multi-dimensional characters that have flaws and inadequacies as well as positive features. Reading about a flawed human being is much more interesting than reading about a ‘superhero’.

You can double-check that you have created a multi-dimensional character by using the table below. Each character should have a mix of positive and negative traits, as well as an interesting backstory.

Here is an example of the table filled-out: 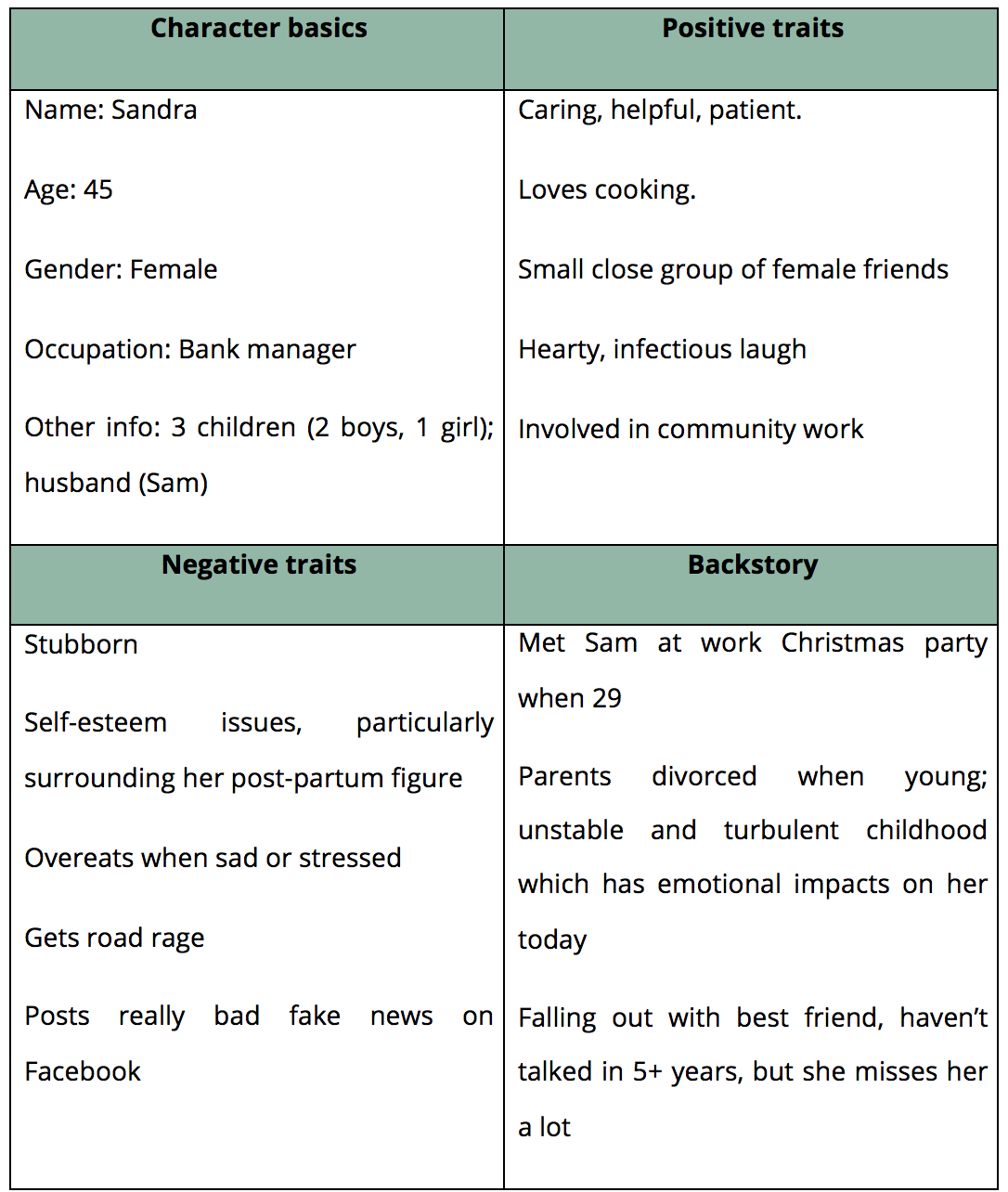 3: Jamming too much into the word count

Students often try to build a whole novel’s worth of information, characters, and events into two pages of text. This unfortunately results in poor quality writing such as rushed descriptions, poor character development, and a lack of suspense.

Don’t try to jam too much in to your story. Your aim at high school level really is to write a short story. Focus on one or two key events or characters and develop those events/characters fully – your marks will thank you for it.

Students often neglect to describe the setting of the story, which is as shame as the setting is a fantastic way to tell the reader lots of information about your character.

For example, imagine describing a character’s bedroom messy, cluttered, and having photos of friends pinned to a corkboard. From this description alone a reader can see that the character is disorganised (from the mess), perhaps sentimental (from holding on to lots of ‘clutter’), values their friendships (from the photos), and is perhaps creative (from pinning the photos on the corkboard).

If you spend a little time describing the environment your characters exist in, you are often able to communicate lots of key information with the reader without explicitly spelling it out.